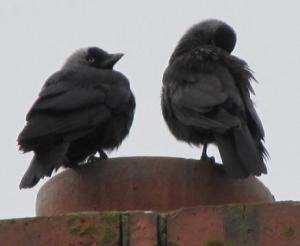 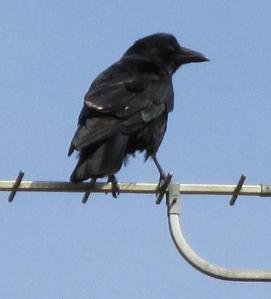 singing and chattering,
songbirds and corvids, 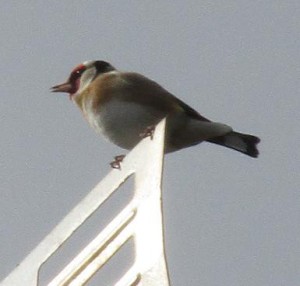 and those we call nuisance birds, 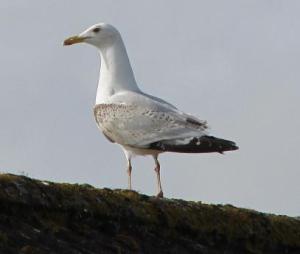 large feathered ones and small. 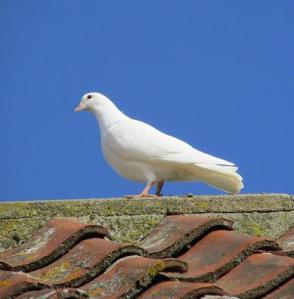 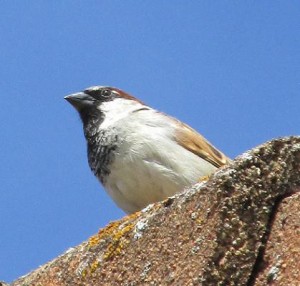 Searching
whilst eyeing us, 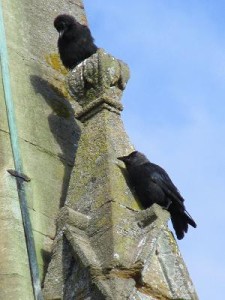 calling each other
passing the news,
a few acting as sentinels

silently holding the space
enfolded between the air
and the structures
we build replacing
the great trees once
covering the land.

Parents seeking sustenance
for the young.
waiting hungry
nestlings straining
reaching out to be
first in line
when food arrives
of a sudden feathered swirl
unannounced,
mouth opened
straining,
eager to be grown
and ready
too soon going forth,
their epic journey
making for parts
they know for never
having been.

On a summer’s morning
a future unimagined
overcome only
by their hunger,
as through the sky
reaching closer each pass
towards the clouds
parent birds
seasoned swifts swirling
singing staccato squawking
ceaseless motion barely
pausing even to the nest,
delivering nourishment
building for the future
strengthening their kind
for more tomorrows. 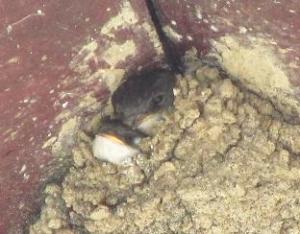 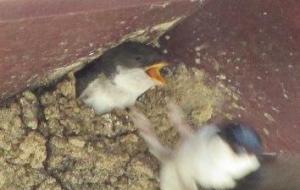 Am I the last one? Have the others been lost now?

I have traversed the flyway for several years now, making my way back to the grounds of continuation and have found no others like me.

Am I the last one? Are the others all gone?

It has been my fear. Now it is my reality.

I lost one mate to the report of a rife, another to the hurling of a stone. I escaped, but I was then alone. The last mate I lost to starvation, for the sources of our food were no more. I lost my last brood to poisoned bait set for others, vermin they call them. Fellow creatures trying to make their way in a world where are no longer valued I say.

This is the last year that I shall live.

It is the last year that my kind shall be.

Extinction they call it. Extinguishment of the light of our species soul, is what is really is. There will never be another of me. For all of time, for all of forever, in all of eternity there will not be one like me again. We were not a fancy bird. We were not flashy. We were not formidable. We were just an ordinary brown bird, not too big, but big enough that there are those who thought it sport to shot us and little though it was, some food for their hungry families in a world too crowded with your kind and where famine swept through trying to redress the imbalance.

How can I describe what it is like to sing, sing to the wind and leaves and the sky? How can I explain to you what it feels like to call, in desperation and aching loneliness for another of your own kind, and there to be no answer? How can I try to tell you, who are responsible for this that you could have prevented my fate – that you could have acted sooner, behaved differently, lived in a way that made it safe for your children and mine? How can I speak to you who do not and cannot ever be the last of your species ever to be alive, ever to see the sun rise, watch the sun set, feel the wind and rain over your body? Rain weeping with you at the immanent prospect of your annihilation and demise.

It has been attempted by some of your own kind against others of your own kind, it may have happened to some of your distant ancestors from millennia ago, for you have done ethnic cleansing, targeting particular populations. And, if as a species you are able to do that, what chance did my kind ever have when we became scarce, rare, endangered?

I will not any longer try to make you feel guilty. For now, that will not save me, though on reflection it might save another, something bigger like snow leopards, tigers, rhinos, elephants – but they are big and take up more space they we ever did. I am a small being. I hold little hope.

I sing now and will let my heart burst in the effort. May you farewell, fare better than . . .

I went out the front door to check for the post, which hadn’t arrived.

I walked the short way to the sidewalk and looked down the street, then up.

Looking up the street I saw a sparrow on the ground.

I went and picked it up. I saw no signs of a violent end. Its legs were stiff and its eyes partially closed. It didn’t look like it had been in pain when it died or the death was too sudden for it to register.

I stroked it gently, such a fragile being. Such tiny feathers. Such a delicate creature that usually flits about in and out of the shrubbery. Always in a hurry. Never staying still for long. On the look out and on the move.

A creature whose way of life I can barely understand. Life between earth and air. Life lived on the ground, among the bushes and in the air.

I held it for a long time. Thinking about its life and why it ended it where and when it did. Pondering the reason that I found it, saw it – others had been up and down the street before me. It was right in the middle  and couldn’t be missed and surely someone earlier would have moved it. Could have done, but it was there and so was I.

What then, since we were placed at the same place together, is its lesson for me?

The tenuousness of life, perhaps. The need not always to be flitting about because you will be stopped. The necessity to pause and pay attention to the chirping and twittering, of the birds I mean. That life is a gift and a promise  to be  neither ignored nor dishonoured.

Many possible lessons and no sure answers . . . as it should be, as mysterious as the life this small one led.

Farewell then small soul. May you be welcomed with open wings  in the enshrubberied halls of your ancestors. May you join your voice to the eternal dawn and dusk chorus and the everlasting daily chirping that echoes between the silences of the gentle summer’s breeze.

Farewell Sparrow, and thank you for the lessons you will teach me that I am not yet able to comprehend. You rest now on the roots of the rose that climbs beside my front door. I could not bury beneath the soil, one who always flew free in the bright air. I will remember you as I come and go and we will speak in the whispers of wonder and the intimacy of intuition.

The Monastery of Annwn
Crossing a River of Souls

dancing in the mist
The Druids Garden