The old ways the paths
we no longer fully understand,
folkways and ancestralways,
those based on superstition
those based on the tales of wise women
those based on reading the omens,
of following the signs attentively
of listening and watching
aware apprehensive anxious,
but trusting the truths revealed.

The old ways would be paths
confounding us who think we
know better nature’s workings,
because modernity’s teachings,
forgetting the mystery
ignoring the majesty
flaunting our mastery,
shelter us from our ignorance,
of what we fail to accept
refuse to acknowledge.

The old ways were dangerous paths,
not always leading to anticipated destinations,
the results were not always consistent,
but neither are ours
cloaked in the respectability
of science’s experimental methodologies,
for we still wander lost
unable and unwilling to know
read the signs and accept the omens
within us and around us,
unable to name our true paths
and thinking we can make our own ways.

Written reflecting on this image — 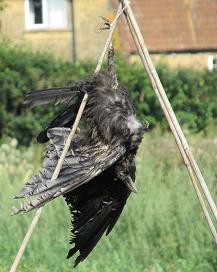 one I have seen in several places not far from where I live, including the garden on the hill behind my cottage, there it was a magpie.